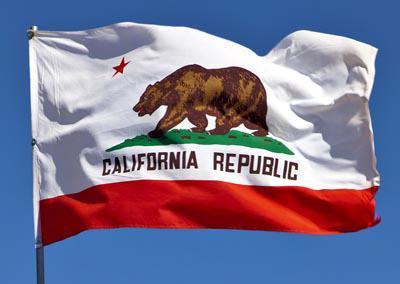 If you are among the Californians who buy your own health insurance, a surprise may await you as the enrollment period for 2020 coverage opens this week.

Starting Jan. 1, California will become the first state to offer subsidies to middle-income people who make too much money to qualify for the federal tax credits that help consumers buy health coverage through Covered California, the state’s Affordable Care Act insurance exchange.

Many people in the middle class have struggled to afford health insurance, often shouldering the entire cost of premiums that can surpass $1,000 a month.

“The law is going to do what it is intended to do, which is to help out those people who didn’t qualify for any assistance when in reality they should have gotten something,” says Jonathan Edewards, president of Citrust Insurance Agency in Pasadena, Calif. “And those people really got hammered.”

Also starting next year, state residents will be on the hook for a tax penalty if they are uninsured for more than three months, unless they qualify for one of several exemptions.

The penalty will mirror the federal one that was nullified — effective this year —by the 2017 federal tax reform law. In many cases, it will amount to $695 for a single adult and about $2,000 for a family of four. But for a lot of people, the financial hit could be substantially larger.

In California the deadline to enroll in coverage through Covered California or the open market is Jan. 31, but if you want the coverage to begin Jan. 1, you must sign up by Dec. 15.

Some of the $429 million worth of state subsidies available in 2020 will go to low- and moderate-income people who earn between 200undefined of the federal poverty level, or roughly $25,000 to $50,000 for an individual and $51,500 to $103,000 for a family of four, based on 2019 figures. This group also qualifies for federal tax credits. The average household state subsidy in this category would be $15 a month, Covered California estimates.

The lion’s share will go to those whose incomes are between 400undefined of the poverty level — too high for federal aid but still low enough to make health care financially challenging. That’s between about $50,000 and $75,000 a year for an individual and $103,000 to $154,500 for a family of four. The average state assistance for this group will be about $170 a month, says Peter Lee, Covered California’s executive director.

Say, for example, you are a married couple in Sacramento, both 55 years old, with an annual income of $80,000. You would not have qualified for a federal tax credit this year and would have been responsible for the entire $1,654 monthly premium for a Blue Shield of California Silver 70 HMO, the second lowest level of coverage. In 2020, you would pay $995 per month after a $688 subsidy from the state — a savings of $659 a month, despite a 1.7% increase in the premium.

You could pocket those savings, or you could bump yourselves up to a higher level of coverage with lower deductibles and copays.

For a do-it-yourself estimate of what your financial assistance might be, go to the Covered California site (www.coveredca.com) and click on “Shop and Compare.” You will be asked to enter your ZIP code, the number and ages of people in your household, and your family income.

The tool will show you a list of health plans, how much you would pay per month for each and the subsidy amount, if any, labeled “monthly savings.” Hover on that, and you will see a breakdown of state vs. federal dollars.

But before you sign up, seek free help from an insurance agent or enrollment counselor, who can guide you through the complexities of the process. Find one in your area by visiting the Covered California website and clicking on the “Find Help” tab. You can also search for local insurance agents at the National Association of Health Underwriters website (www.nahu.org) under “Membership.”

A word of caution: Be careful estimating your income. If you end up making more than you guessed, you may have to pay back some or all of the financial aid.

That has been the case for the federal tax credits since the health insurance exchanges debuted in 2014.

“That’s caused a lot of stress. I have two people this year who owe about 20 grand,” says Larry Pon, a certified public accountant in Redwood City, Calif.

You may also have to pay back some or all of your state aid if your income exceeds your estimate, but the details of how much you will owe are being finalized.

On the flip side, if you make less than expected, you can retroactively claim the credit, whether state or federal, when you file your taxes — but only if you enrolled in a health plan through Covered California.

So if you don’t seem to qualify for financial aid but think your income might drop, or you’re just not sure, strongly consider signing up with Covered California — even with no initial subsidy — instead of buying a plan through the open market.

“I am putting anybody on Covered California if there is any potential for their income to fall,” says Tom Freker, a Huntington Beach, Calif.-based insurance agent.

Maribeth Shannon and her husband, residents of Napa, Calif., plan to switch to Covered California in 2020. They are paying $1,671 out of pocket each month for a Kaiser Permanente bronze HMO that they purchased outside the exchange, and they just learned it will rise to $1,834 in 2020. (Kaiser Health News, which produces California Healthline, is not affiliated with Kaiser Permanante.)

Shannon, 63, is retired. Her husband, also 63, is self-employed, and his income fluctuates. She thinks that by working less, he can reduce it enough next year to qualify for a state subsidy. He’s been wanting to cut back anyway, “and this has really given us the motivation to speed up his retirement plan,” she says.

Kaiser Health News (KHN) is a national health policy news service. It is an editorially independent program of the Henry J. Kaiser Family Foundation which is not affiliated with Kaiser Permanente. 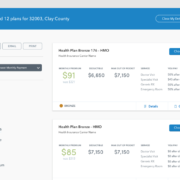 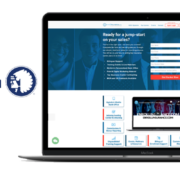 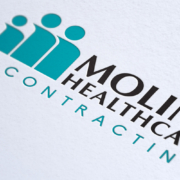 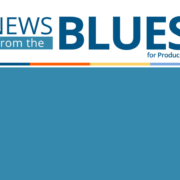 News from the Blues for Producers: Small Groups (1-50)
0 replies

News from the Blues for Producers: Small Groups (1-50)